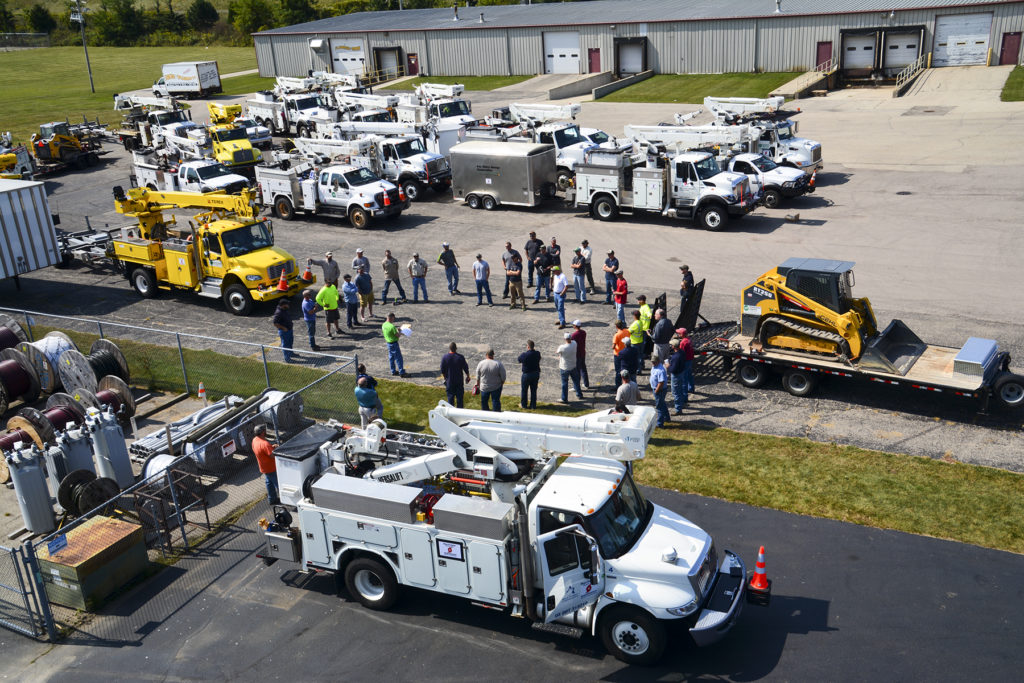 Line superintendents from Wisconsin cooperatives got word of the request at a previously scheduled meeting in Stevens Point and immediately began planning their response, assessing availability of workers and equipment.

The relief mission is similar to assistance rendered by Wisconsin co-ops 12 years ago following Hurricane Katrina. Personnel from 14 Wisconsin electric cooperatives were dispatched over a four-week period to Louisiana on a rotating basis, helping to rebuild a local co-op distribution system that had been almost totally destroyed.

It’s also similar—on a larger scale—to the ROPE (restoration of power in an emergency) program in which Wisconsin co-ops help each other shorten recovery times when severe weather damages local electric systems.

On three previous occasions since this past spring, ten Wisconsin co-ops have loaned out line crews in ROPE deployments to help others speed up rebuilding of storm-damaged systems. OEC was one of those co-ops that called for help after the big windstorm on June 11.

OEC is a member-owned, not-for-profit, generation & distribution cooperative headquartered in Oconto Falls, Wisconsin. In 1937, the cooperative was formed to serve electricity in rural northeast Wisconsin. Currently OEC serves more than 9,600 members throughout Oconto, Marinette, and small portions of Shawano County.

Any questions please contact Katie Jagiello at kjagiello@rkm.ca1.myftpupload.com or call (920) 846-2816.

Hours of Operation
Monday-Friday 7:30 am-4 pm